The X-Men’s View Of A.I. Is All Wrong | Screen Rant 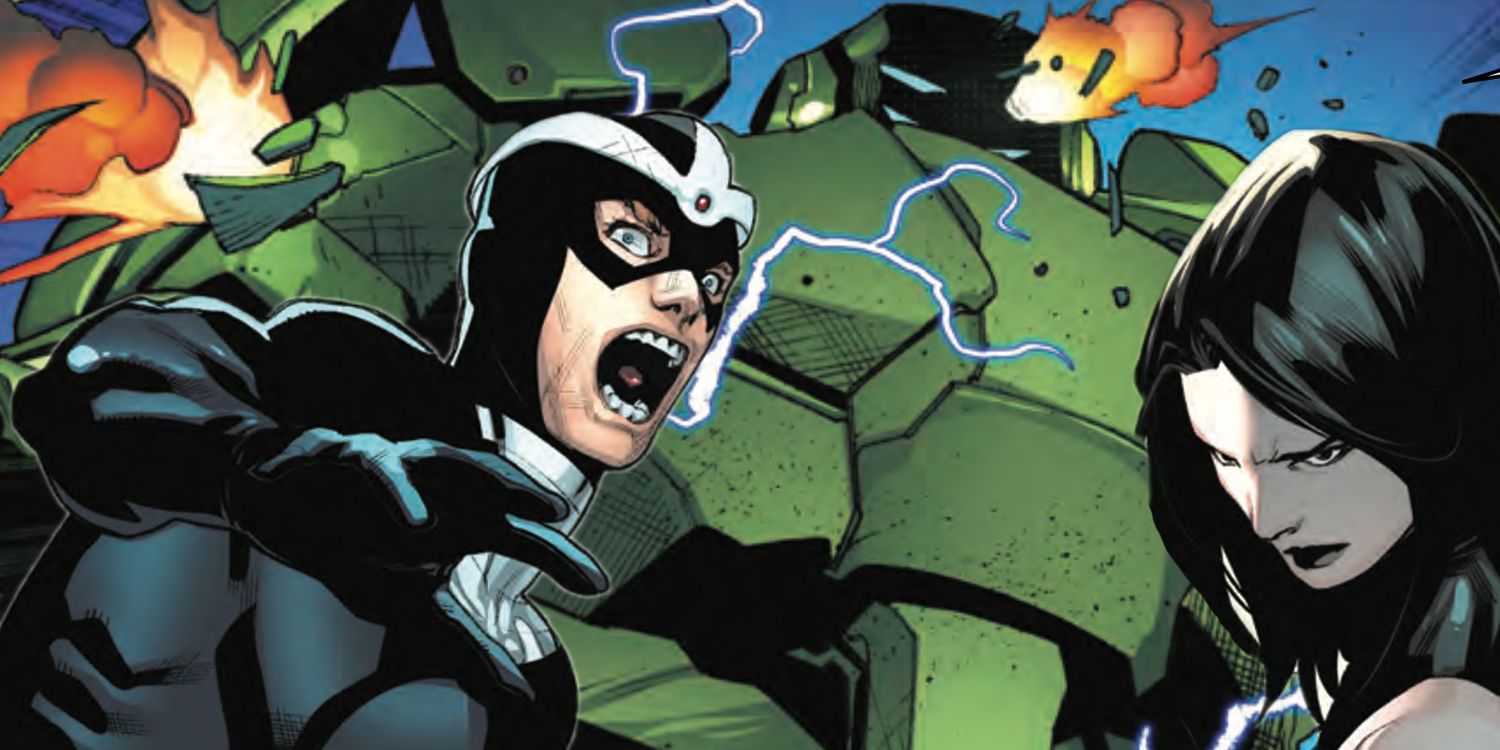 Warning: spoilers from Hellions #8 are ahead.

The X-Men are some of Marvel Comics' most enlightened superheroes when it comes to respecting other life forms. As victims of persecution themselves, mutants have an understanding of what it is like to be seen as evil because of biological difference. But recently, the limits of this belief have been tested in their interactions with artificial intelligence, and point towards a troubling reality of life on Krakoa.

In Hellions #8, Havok, Psylocke, Wild Child, Empath, and Greycrow went up against a group of robots led by villain Cameron Hodge (written by Zeb Wells, art by Stephen Segovia, colors by David Curiel, letters and production by VC's Ariana Maher, and design by Tom Muller). Hodge's robots, known as Smiley-Faces, were programmed to hate mutants to serve his anti-mutant agenda. Even so, unbeknownst to Hodge, the robots had a virus inside them that was leading them to question their programming. After the group defeated Hodge, Havok and the others were able to make friends with the Smiley-Faces, as the robots abandoned their bigoted thinking. However, because the Hesiod Protocol on Krakoa deems that all A.I. are a threat to mutant society, Psylocke launched a virus that eradicated the Smiley-Faces, to the horror of Havok especially.

The emotional beats of this issue are rooted in the readers' understanding that A.I., just like people, could become self aware and grow from their own prejudices. The X-Men's perspective of A.I. being inherently violent and dangerous to mutants reveals a disturbingly narrow line of thinking that is characteristic of humanity. With mutants themselves having been victims of genocide in the past, their decision to destroy the Smiley-Faces even after they were no longer a threat to them is frighteningly callous. With a team that has been so invested in approaching difference not as something to fear, but to celebrate, like the X-Men have throughout their publication history, these actions call attention to their failure to understand artificial intelligence as a whole. 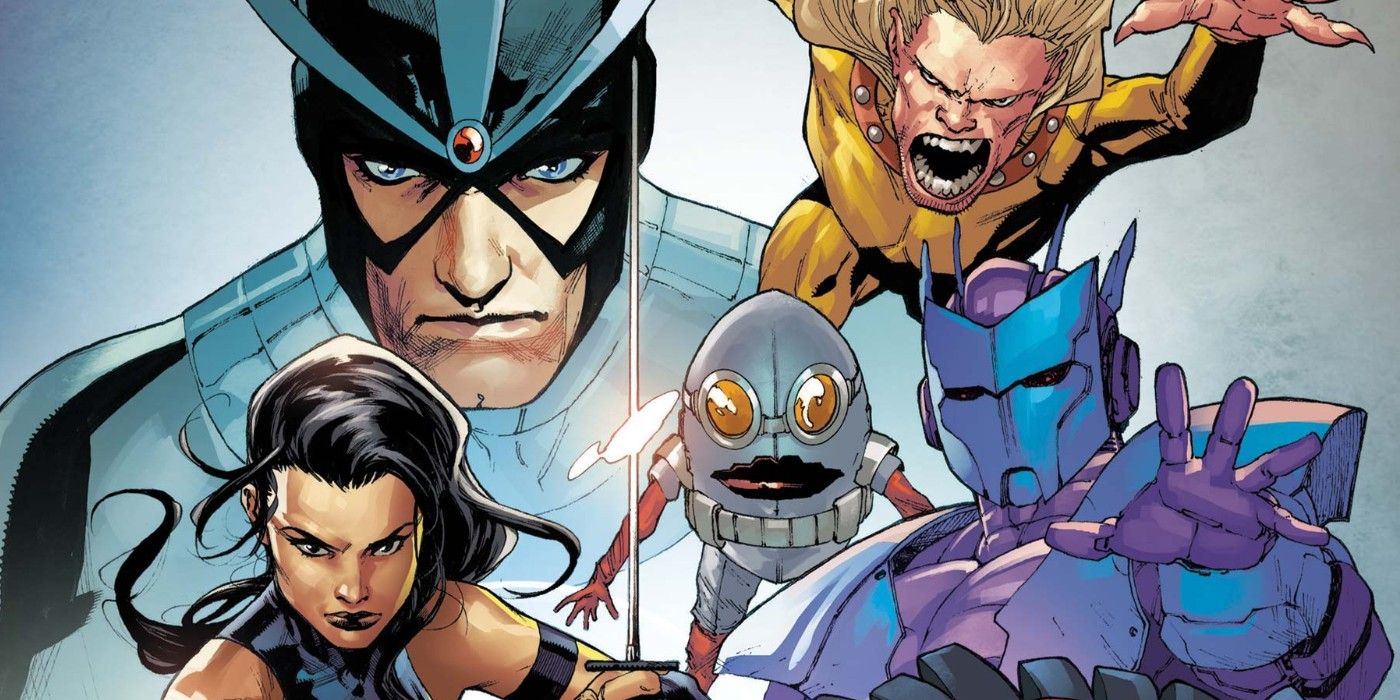 The destruction of the Smiley-Faces is another crack in the surface of Krakoa, which was designed to be a mutant utopia, but is revealing itself to be riddled with concerning policies. It has become clear that on their own, mutants are capable of perpetuating the very same dynamics that humans persecuted them with. Their treatment of A.I.s like the Smiley-Faces ultimately is an expression of fear stemming from ignorance, and follows several common fears that humans have of robots in science fiction stories. By destroying the Smiley-Faces in the name of their own self-preservation, the X-Men have shown that they have only become more human, not mutant, since arriving on Krakoa. 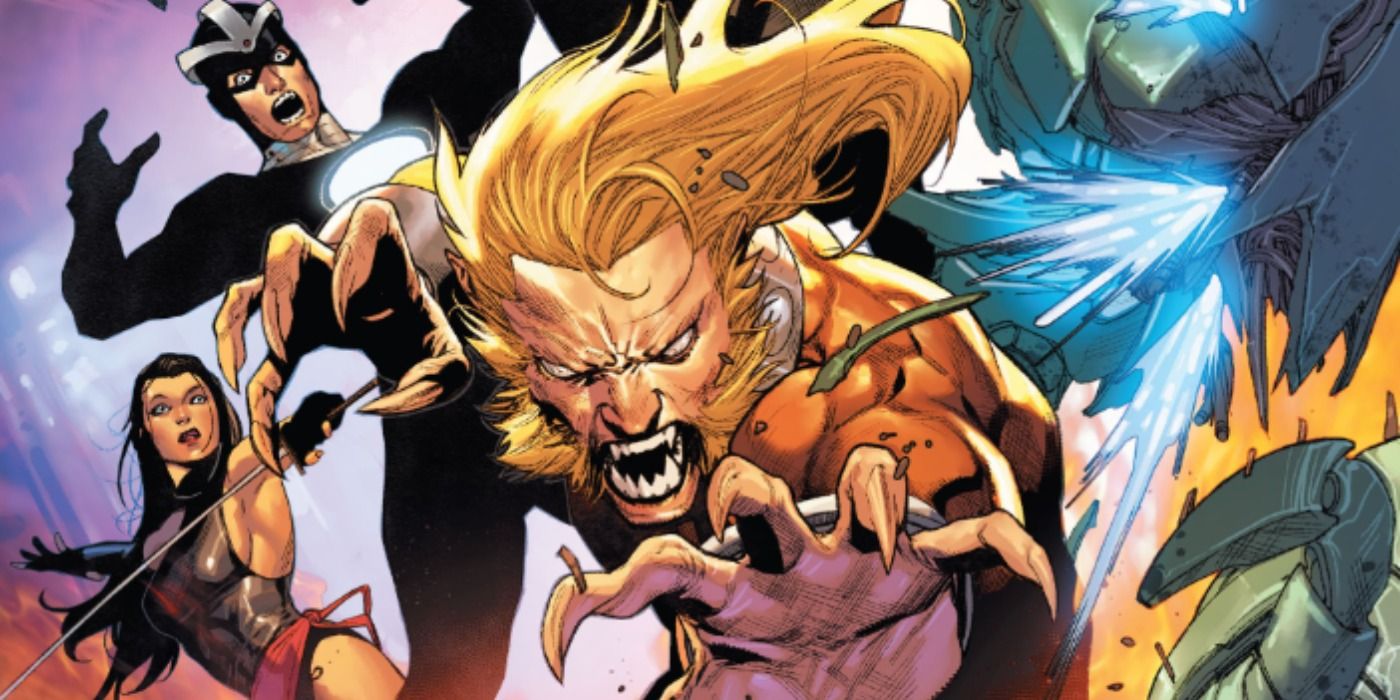 In science fiction, robots have often used as a way to depict humanity's fear of a mechanized future characterized by cold and unfeeling androids. This can be seen in films such as The Terminator (1984) , Blade Runner (1982), I, Robot (2004), and Avengers: Age of Ultron (2015). Indeed, some of the things that make humans most uncomfortable about robots and artificial intelligence is that they are seen as acting without remorse. The interiority of robots remains an eerie mystery, unable to be gleaned from their mechanical surface. Therefore, robots are seen as capable of random acts of violence that ordinary, morally-upstanding human beings would never take part in.

Related: Marvel Reveals Mutants May Not Be Their Own Species

This, however, is emphatically untrue, because all of the anxieties that humans (and in this case, mutants) have about robots are all anxieties about human nature. As many X-Men stories and chapters in human history demonstrate, people have committed devastating atrocities against each other all on their own, without the use of robots or artificial intelligence. The cold, unfeeling potential for violence that humans so deeply fear about robots and A.I. is in fact something that has proven itself to be a deeply human, and now mutant, quality. 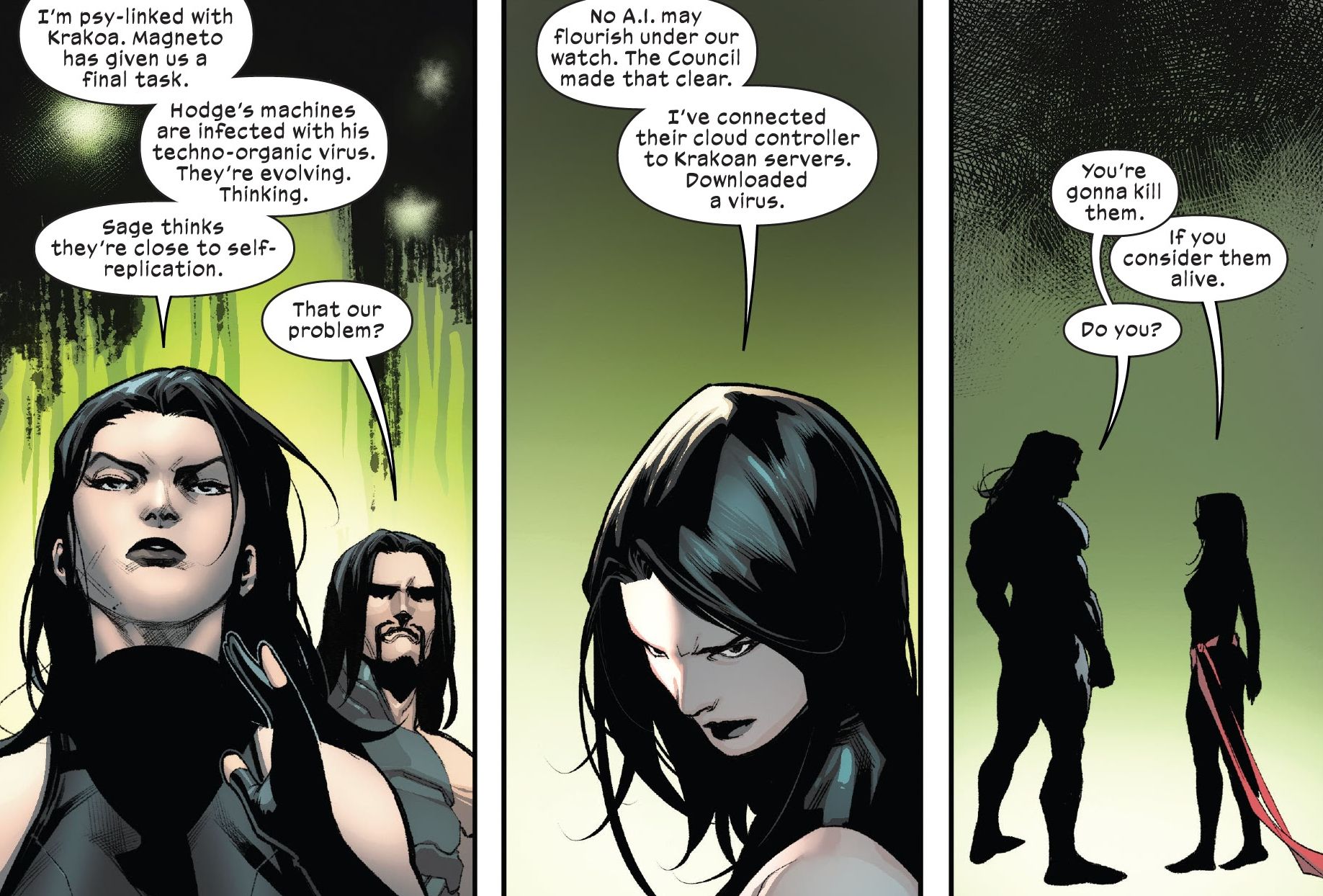 Krakoa's policy towards A.I. reveals the limits to how mutants understand it in the first place. Robots and A.I. can come off as disturbing because it appears that they are acting on their own accord. But the fact of the matter is that A.I. only acts based on the data it is programmed with, as the Smiley-Face robots demonstrate. A.I. does not originate in a cold lab, but in the minds of the human programmers that choose the data to input their machines with. For the Smiley-Faces, they were originally programmed with data that gave them a bigoted, anti-mutant perspective because it was Cameron Hodge who created them. But upon seeing how their original data was flawed, the Smiley-Faces were able to free themselves from their harmful programming, much like the ways that humans are able to grow from their past beliefs.

Related: X-Men's Nightcrawler Will Decide The Future Of Mutantkind

Writer Zeb Wells emphasized the importance of data values on an A.I.'s behavior through the Smiley-Faces' dialogue with Havok. After Hodge was defeated and Havok went to make amends with the robots, one of them said, "Adjusting value: Mutant = enemy. Adjusted value: Mutant = friend. Simplification: We are family, mutant scum." When Havok later told the robot that while he appreciated the sentiment, "mutant scum" was not a term he enjoyed hearing, the robot responded with, "Empathetic confirmation: Understood, friend Havok." 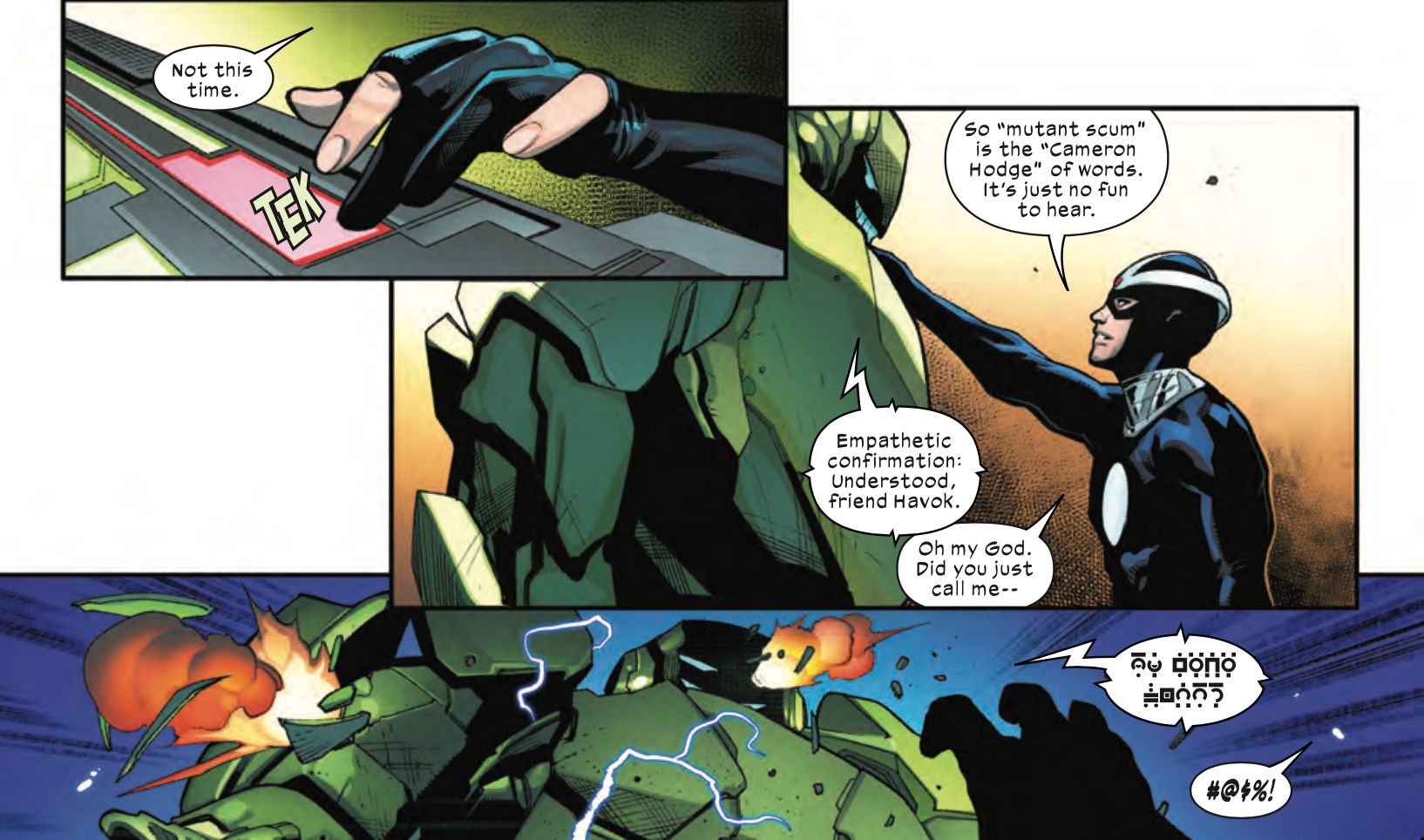 What this exchange between Havok and the Smiley-Face evidences is the capacity for A.I. to quickly revise their own programming, perhaps even more easily than humans or mutants. As the robot demonstrates, the Smiley-Faces were capable of empathy and did not feel ashamed when Havok corrected them on their use of "mutant scum." The conversation between Havok and the robot points to a bright future where mutants and A.I. can coexist and learn from each other, perhaps more easily than mutants can with humans. This only makes their destruction only moments later even more horrifying.

Yes, it is understandable that the X-Men would be wary of A.I. and robots, considering the devastation that the Sentinels alone have wrought on mutantkind. But humans, too, are responsible for the bulk of the persecution that mutants have faced. This was originally understood by Magneto, as he had argued that humans and mutants could not exist without violent conflict between each other. But even Magneto has adopted a more moderate approach towards humanity on Krakoa, all the while developing a greater sense of intolerance towards artificial intelligence.

One of the core tenets of the X-Men has always been a sense of progressivism rooted in the futurity that mutantkind promises for all life in the universe. Charles Xavier dreamed of a future where mutants could be treated with respect by humans, and help humanity to outgrow the prejudices that have divided them for so long. A better future could be envisioned for humanity through mutants. And, for better or for worse, it is likely that the future in the Marvel Universe will include artificial intelligence. Readers can only hope that from this harrowing chapter in Hellions, the X-Men will be pushed to recognize how the prejudice they have towards A.I. mirrors the very same fear that humans have regarded them with throughout history.

Next: X-Men Theory: The Shadow King Is Taking Over Krakoa